George Clinton Wadleigh was born in Haverhill, Massachusetts on December 1, 1846 and resided in the city for his entire life. He began his business career at the age of 18 working for his father’s shoe last manufacturing business, L.C. Wadleigh & Sons, which was located at 18 Granite St., Haverhill. Upon his Father’s death, George became the sole owner of the business.

At the time of George Wadleigh’s death, December 9, 1922, the Wadleighs resided at 3 Richmond St., Haverhill, Mass. Mrs. Wadleigh continued to reside there until her death on December 17, 1946. 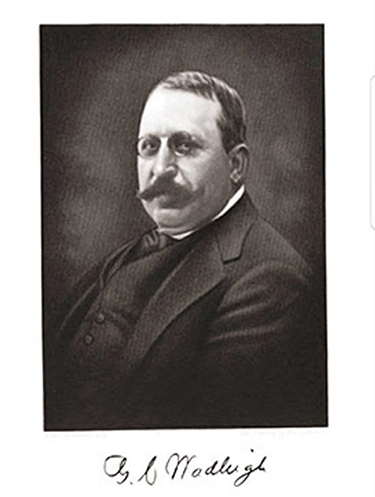